Gabriela Keller: “I still work with my fellow students to this day” 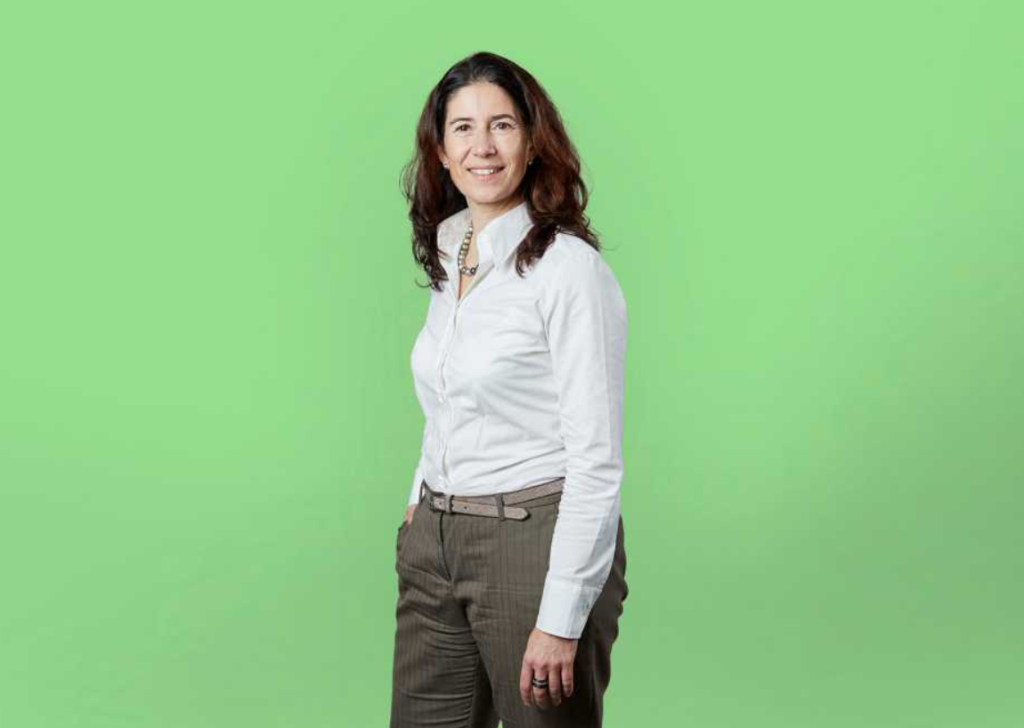 Gabriela Keller studied computer science at ETH Zurich from 1988 to 1993.

Today, she is the CEO of Ergon Informatik, where she started working as a software developer shortly after graduating.

She still feels connected to the department today.

Which moments from your studies do you remember most vividly?
There are several! My first Modula-2 exercise in the lecture Computer Science I in the first semester, where I learned that variable names can consist of more than just a single letter. The joy when the exercises finally worked after many hours in the Ceres computer lab. Another vivid memory is how we were all glad that our year’s top student had missed the registration deadline for the exam because we figured that would lower the bar for passing. An embarrassing moment was when Professor Erwin Engeler told me during the oral exam in theoretical computer science that he didn’t recognise me. I was indeed always sitting in the back row of the lecture hall. I passed the exam, but the practical subjects suited me better.

Which subjects were those?
I enjoyed the lectures that focused on programming, algorithms, databases, as well as those that dealt with specific aspects of software development. I had the honour to still experience Niklaus Wirth and Jürg Gutknecht as lecturers and to learn Modula-2 and Oberon during my studies. [1] The studies were challenging and exciting. I was able to apply large parts of what I learned in my later job as a software engineer.

How did you come to work at Ergon?
In 1994, I had followed a fellow student who already had a job at Ergon. I started as a software developer, later becoming a project manager, then a team leader. In 2016, I took over the management of the company. I still work with him and some of my fellow students from back then.

What do you wish the Department of Computer Science for its 40th birthday?
I wish the department another 40 years as one of the best educational institutions in the world, and that it inspires further generations of students and thus lays the foundation for many successful start-ups and digitisation companies. I still respect it greatly and am proud to be connected to it.